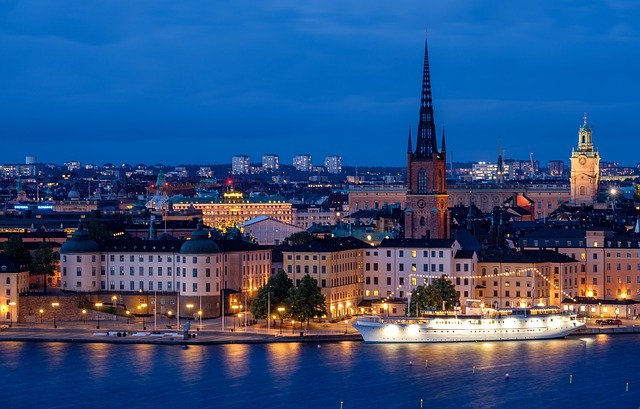 Image by Bruno /Germany from Pixabay

From the original source: Sweden has passed a new law saying that sex without consent is rape, even when there are no threats or force involved. The new law, due to come into effect on 1 July, says a person must give clear consent, verbal or physical.

Through the eyes of What Really Is:

This new law in Sweden knows that women know when men are wrong. When men get further away from their true nature. This new law knows that there’s no need in extreme situations for this to happen. It knows that if women have the chance to speak freely – they will speak the truth and from there the benefit of every one will become possible. From there, “sides” and separation are not even an option, even when certain people forget the truth and think it is.

In a world of fear, “sides” are all you have; this or that, either or, every step has a price. In a world of fear there’s only struggle between two interests and when one wins the other loses. The attempt to prevent what I fear and to gain what I want – is the name of the game. Then, men and women find themselves on opposite sides, facing each other, against each other, ready to attack or withdraw. These are the two options and the wrong choice will determine their fate. So says fear.

And so, women find themselves deeply hurt by men but believe that they have no choice but to take it, because otherwise, without a man, they will be incomplete, unhappy, or something like that. The other option, says fear, is to keep as much distance as possible and if that fails, and for some reason they do get close, and do get hurt, they have to hit back as hard as they can. And so, men believe that when they take what they want, what they desire, sometimes using force, it means they are the winners, they are stronger, wiser, supreme. Or, if they don’t want to be “that” man, they believe they must suppress their desires and wishes because otherwise they might become or seen, also in their own eyes, as violent and dangerous. What a deadlock.

How would a world with no sides look like? A world where people get confused and hurt others, it is clear to everyone that they did go off track, but their heart didn’t. How would the world look like, if women would help men to see that their true nature is love. Always.

In order to do so, women will have to know, from their very core, that nothing, and no one can really humiliate them, or violate them or make them even a tiny bit less wondrous. How would the world look like, if even when men don’t believe this is true or possible, women won’t give up on them, and on themselves?

To create this kind of world, I will have to let go of my cynical approaches and peel off the thick layers of self protection I’ve developed and inherited during the years. Only then I can reach a true encounter, when I’m standing barefoot, simple and vulnerable.

Continue reading in the book: Generators of What Really Is – Observing.