The starting point of an argument is that each person brings with him a world of wisdom and beauty that benefits the other and brings him new insights. The participants in the argument want to hear each other’s words in order to shake themselves off the rules and assumptions that have over time become an ingrained part of them, and through this become free. When we release perceptions and conclusions, we can truly meet the other person. We can see his path, understand his insights and recognize the love that he brings with him.

Both of us experience freedom and become active participants in it. Both of us ask to be shaken up, to wake up and see the beauty that is being revealed.

The reality created: There are no winners or losers. There is no “either-or”. Each participant grows and gets more clarity, understands things differently, sees things in a new way, and becomes more real because of and through our partners in the argument. The result is discovery, new understanding and a new dimension that becomes revealed to those who desire to see truth and do not believe that they are their opinions or conclusions.

“She didn’t see me, everything I did. She immediately came to conclusions and the email she sent was basically an indictment.”

According to what we used to:

An argument is the desire to solve a disagreement or conflicting understanding by allowing one opinion to dominate over the other. In an argument there is a winner and a loser. It begins with the assumption that there is justice, that one person sees things correctly and that the other is wrong.

An argument therefore often brings with it strong feelings of frustration, anger, fear, pain and insult.

Those arguing feel that their worth, and perhaps even their status, is dependent on their ability to control their vision, their ability to be declared “right”, or the winner, and the other declared “wrong”, or the loser. The perception of “either-or” dominates.

The reality created: This understanding of arguments makes the struggle and subsequent victory into the main point. The purpose becomes reaching a conclusion or being proved right. The arguers become enemies, adversaries, two sides that are competing. There is no possibility for growth or seeing beyond what each side came with. The loss brings with it a price that is both physical and very emotional. Sometimes, one or both of the sides will say things that they don’t even feel or mean just because they are so afraid of losing. And then the conversation becomes one-dimensional, without compromise. 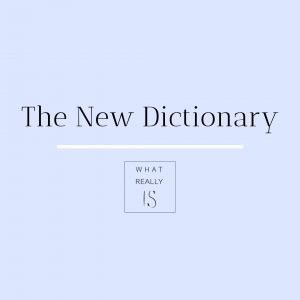 Invitation Recommendation – How to read the words in the New Dictionary: A word is a vessel through which essence, energy passes. The word is 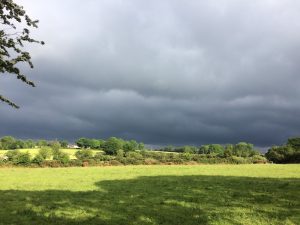 Chapter 3 – Generators of What Really Is 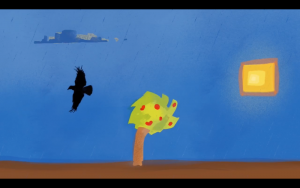 Chapter 2 – Generators of the World of Fear