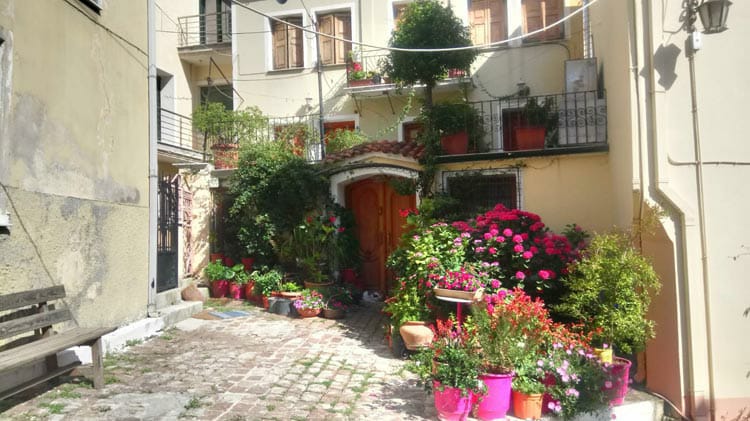 She's been with him for quite some time

She’s been with him for quite some time, seven years I think. They have been through a lot and for a long time now she has been thinking that it is enough, that she should leave.

She observes quietly, not in a hurry, and she has really witnessed surprises and miracles, so she waits longer periods between feeling and concluding, between asking, and reaching a decisive answer.

When she tried to leave, she found herself returning.

Again and again she learned that she loves with unceasing love, even when painful things happen, even when she is missing what she so desperately wanted to have.

For a long time she did not know if she would ever want children. Again and again she started relationships which she was certain had what was needed to last, so that they would stay beyond the now, beyond the encounter of bodies, of personalities, of needs and fears.

Recently it became clear to her, in a quiet and effortless knowing, that the time has come to bring a child into her life. She felt it in a quiet and confident way, that did not leave much room for questions. She did the tests, waited for the results, met doctors who were not always nice, and her life at once turned upside down. She knew she was going to do it.

The natural and simple thing was to approach him, invite him, conceive together. She knows the fear in him, the feeling of terror from something that closes-in on him, from something that will determine what will happen to him, limit his freedom to go where he wants and to not be where he no longer desires.

The conversations were long, complicated with his fears, wanting to love but bound by the things he believes he can not do without. Afraid to refuse, and unable to say yes. The path was winding, at every bend a solution or a path would be seen, and then immediately become obscured, or completely overturned.

She has a movement that she does with her eyes that I have already learned to recognize. It is a very soft movement of closing the eyelids with a light flick, which tells of a closing of a chapter within her. Her face will not reveal any drama, her body hardly moves, but I feel my heart beating strongly, and I know I am witnessing something that is occurring.

Quietly, she chose to conceive from a donor. She knows he’s not going to do it. She knows she would like him to be able to, but the eyelids say, he won’t. She’s tired of the conversations, but that’s not really the reason. She wants to start already, but that’s not really the reason either. It’s hard for her too, because it’s really not as she thought it would be, but not because of this she undergoes a procedure of insemination, under anesthesia, not from his semen. Not because of any of these.

She looks at me with very simple and lively eyes, and says – this is as far as he could go.

She is radiant and shining when she tells me that she is pregnant.

She smiles and knows that this pregnancy will connect him to life.

Many times it seems that we can plan out our lives, like seeing what we would like it to be with a clear shape and pattern, and then follow the plan so that we get what we want, as we want.

The mind arranges an action plan for us – for example – man, child, family. Like this.

Then we will decide what is good and what is appropriate according to whether it goes according to plan or not, if things happen, come true, become reality. If they adapt themselves.

The mind is the realm of conditions.

The truth is that there is no one absolute answer to anything. And there is no order and it can not be that what is due depends on something or someone else.

It is grander than infinite possibilities, it is stronger than the black and white of the mind.

Sometimes, precisely in the moments when the fantasy collapses and the dream is shattered, one can simply see what is there, what is in front of us, precisely when something we wanted so much no longer seems possible, out of it, out of life. Life. Itself. All the roads are visible and one of them is so bright that it is impossible not to simply walk it.

The conditions end, precisely when they become impossible, then, we discover that there were not really conditions, that we invented them and that leaves us free to love and be with such great power, beauty and generosity that it is impossible to resist.